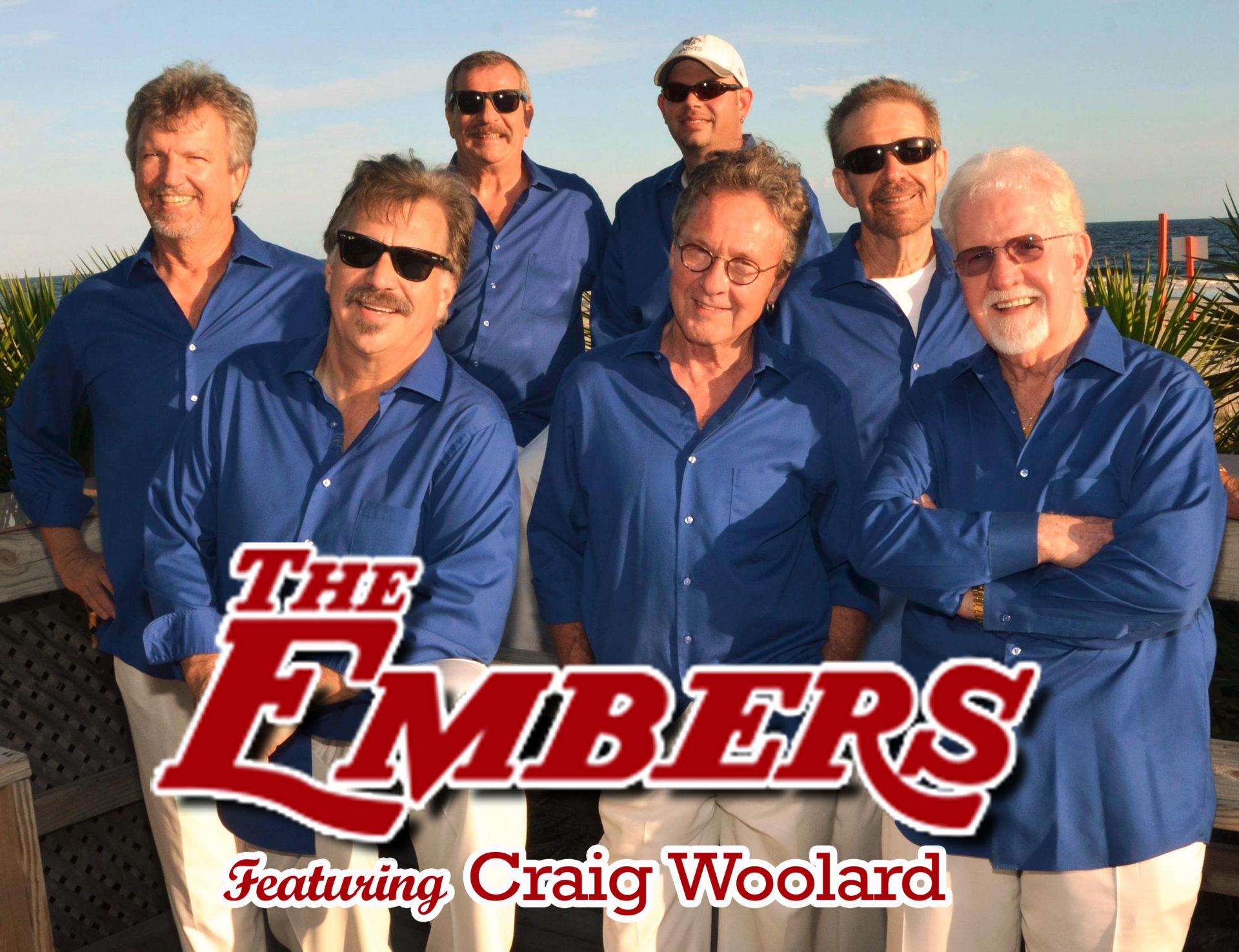 There are many bands or groups today yet few that are considered a musical institution. The Embers have solidified their position as a thriving musical entity leaving their mark on listeners for decades.

The Embers boast numerous albums and single releases that span decades and all the crazes continuing to exhibit top quality showmanship, musicianship and professionalism. Having been inducted into the South Carolina Rhythm and Blues Hall of Fame and the South Carolina Beach Music Hall of Fame, The Embers are honored to carry the moniker of North Carolina’s Official Ambassadors of Music. They have traveled the country and the world and has performed for every event imaginable from the highest dignitaries to the hottest back yard frat parties. The Embers were also honored to travel throughout South Korea to perform their Christmas special ‘Christmas with the Embers’ on American Military bases for America’s troops in December of 2007 and 2008. They were awarded Military Coins of Excellence for their distinguished service.