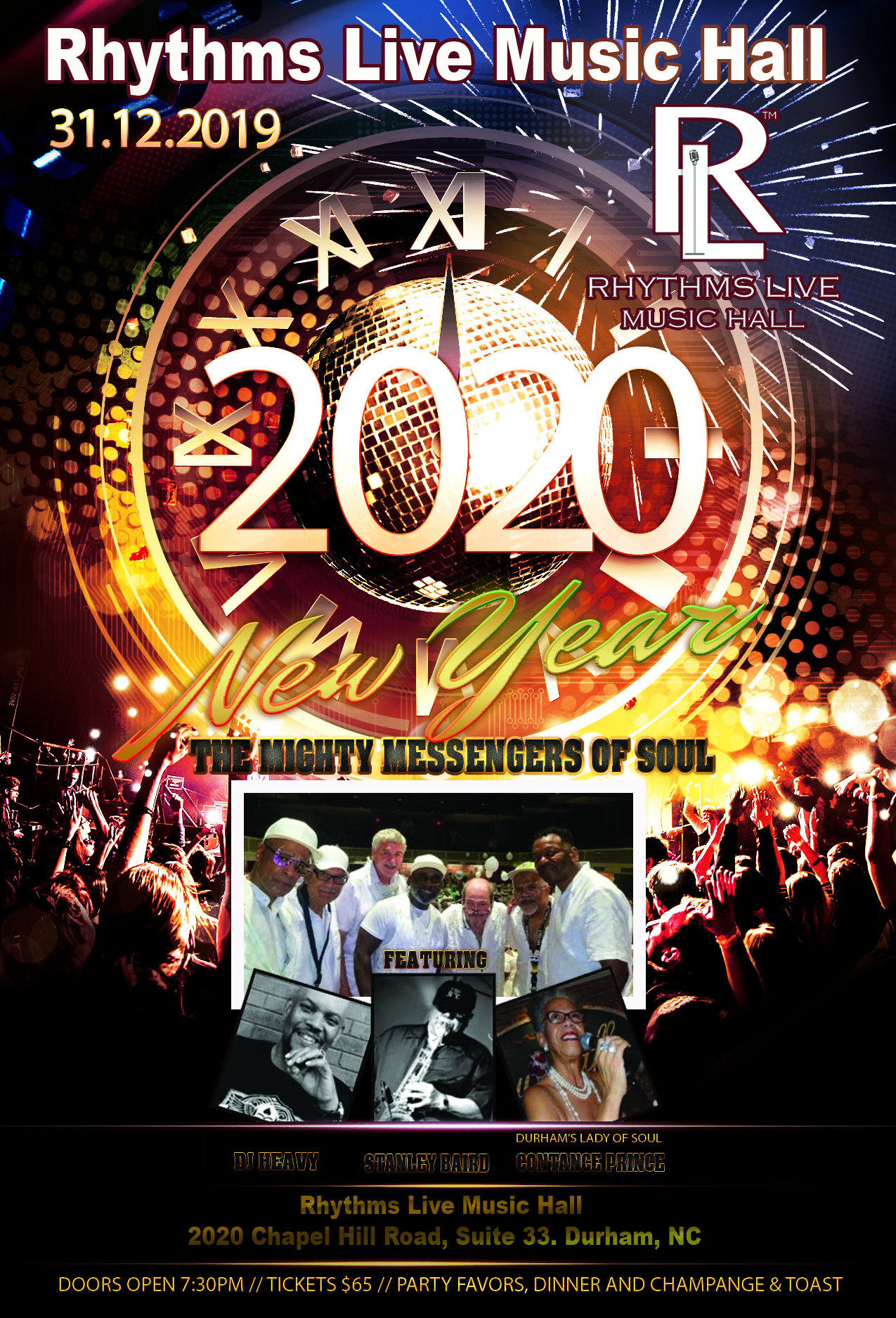 The Mighty Messengers of Soul delivers your favorite Soul and classic R&B songs and music that
makes you happy. Guaranteeing Soul-Injected Fun, this band keeps you on the dance floor.
Their several years of performing in the Triangle energize loyal fans who love the way these
seven seasoned musicians revitalize your favorite tunes and connect you to new ones you’ll
love.

Stanley Baird joins the entertainment lineup as a guest performer. He is an acclaimed jazz
musician, composer and entertainer. He’s played the sax with such greats as Stevie Wonder,
the Temptations and many, many others. He’ll be joining the Mighty Messengers of Soul in both
a jazz set during dinner and more songs as the evening progresses.

Also making a guest appearance is Durham native, Constance Prince who performed for many
years in various venues from gospel music to the Mary Lou Williams Jazz Festival. She’s now
claiming her rightful place as Durham’s Lady of Soul, bringing audiences to their feet when she
sings.

DJ Heavy will keep the music playing, making sure this New Year’s Eve crowd has no break in
the fun. With 35 years of spinning the tunes in the Bull City, DJ Heavy is a staple in the
community. He’s known for his community service, cigars and using his music to bring people
together.