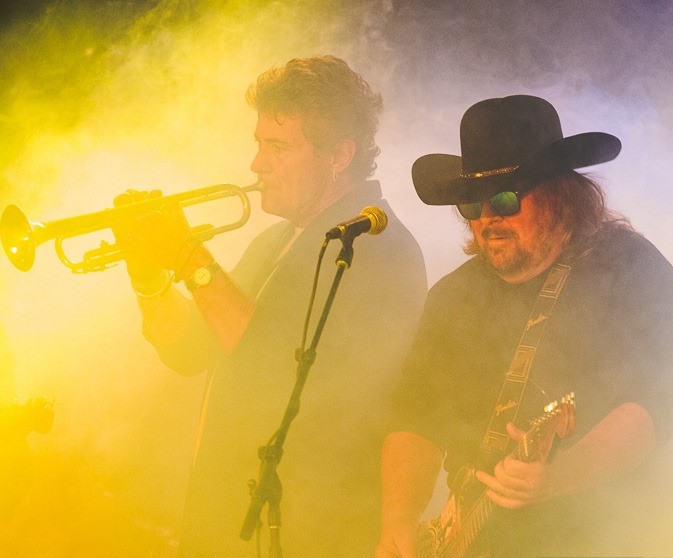 Nantucket was formed in Jacksonville, NC in 1969. Originally known as beach music band Stax of Gold and later Nantucket Sleighride, the original six-member group included Tommy Redd, Larry Uzzell, Mike Uzzell, Eddie Blair, Kenny Soule, and Mark Downing. Initially, Nantucket grew their audience by playing covers throughout the Carolinas. As the band developed a following, they began introducing more and more original songs into their shows and traveling further up and down the east coast.

The band signed with Epic Records in 1977 and released its self-titled album the following year, which featured the hit single “Heartbreaker.” An aggressive cross-country tour followed, and Nantucket opened for top acts such as KISS, Styx, Boston, AC/DC, Rush, Journey, and The Doobie Brothers. Their first album sold around 200,000 copies and also made the Billboard charts. In 1979, Nantucket followed up with the album Your Face or Mine.
Pee Wee Watson joined Nantucket on bass for the third album. As a tribute to AC/DC lead singer Bon Scott, who died in 1980, Nantucket’s Long Way to the Top included a version of the 1975 classic “It’s a Long Way to the Top (If You Wanna Rock ‘N’ Roll).” The move landed the band a spot with AC/DC on its Back in Black tour for the summer.
Following the band’s last two studio albums, which were produced in 1983 and 1985, the group disbanded in 1990.
The original members of Nantucket reunited in 1991 to record a live session and released an album called Still Live after All These Years in 1995, featuring old songs along with some newer material. The band continued to play throughout the Carolinas while its members pursued individual side projects. In 2005, The Unreleased “D.C. Tapes” was made available with eight new Nantucket songs.

In 2011, returning to their beach music roots, Nantucket released the CD “You Need A Ride To Raleigh.” The title track was nominated for a CBMA Award in the best song category.

On October 11, 2012, Nantucket was inducted into the North Carolina Music Hall of Fame.
Nantucket continues to perform and record, and maintains a large and loyal following throughout the southeast.