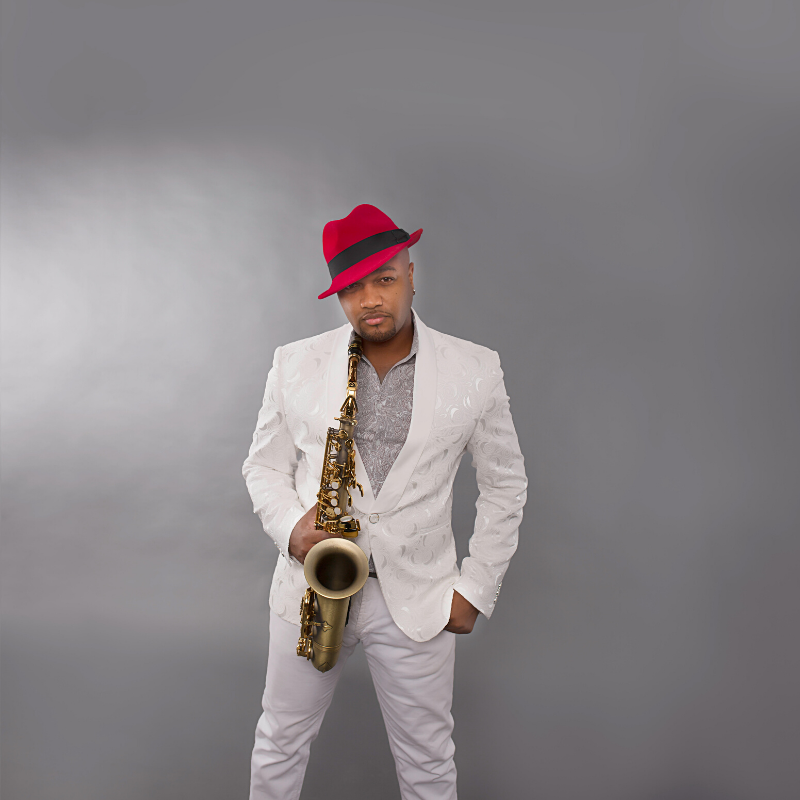 All admission tickets will include the following:
Party Favors
Champagne Toast

THIS IS A LIMITED CAPACITY EVENT

An incredible act and one worth watching, saxophonist Marcus Anderson is the golden child shining among stars. With eight studio albums on his list of accomplishments, the fusion jazz artist brings R&B, Pop, Rock, Latin and Funk to make music that puts listeners in another atmosphere. Charting number one in both categories of Billboard’s Smooth Jazz and Sirius XM’s Watercolors with his exceptional hit “A Cup Of Joe” from the album *And Coffee *the Spartanburg, SC native is delivering major music in a humble way. His work with the late Prince and the New Power Generation led him to join stages with the likes of Ceelo Green, where he has become a key contributor to Green’s touring band.

Anderson is an act that puts on a show for and with household names. Whether he is performing for dignitaries such as President Barack Obama, Jesse Jackson and Hillary Clinton or blazing the stage with Sheila E., Anthony Hamilton or Judith Hill in a collaborative effort, Anderson is always the man of the hour, delivering stellar musicianship every time. Lailah Hathaway,  Esperanza Spaulding, George Duke, Jennifer Holiday are just a few out of the numerous world-renowned artists that Anderson has opened for and with whom he has shared the stage.

Both near and far, audiences of all musical tastes have made their way to hear Marcus Anderson and the Experience. He and his band present a show in which he not only plays the sax but sings and performs choreography as well. High-spirited and welcoming, Anderson is a multi-instrumentalist who is not afraid of “showing out” He’s a fan-favorite at highly recognized festivals such as Essence Music Festival, Catalina Island Jazz Trax Festival and many more. He has also appeared with headliners on top-ranking shows like The Tonight Show, Arsenio Hall, Jimmy Kimmel Live! and Jimmy Fallon.