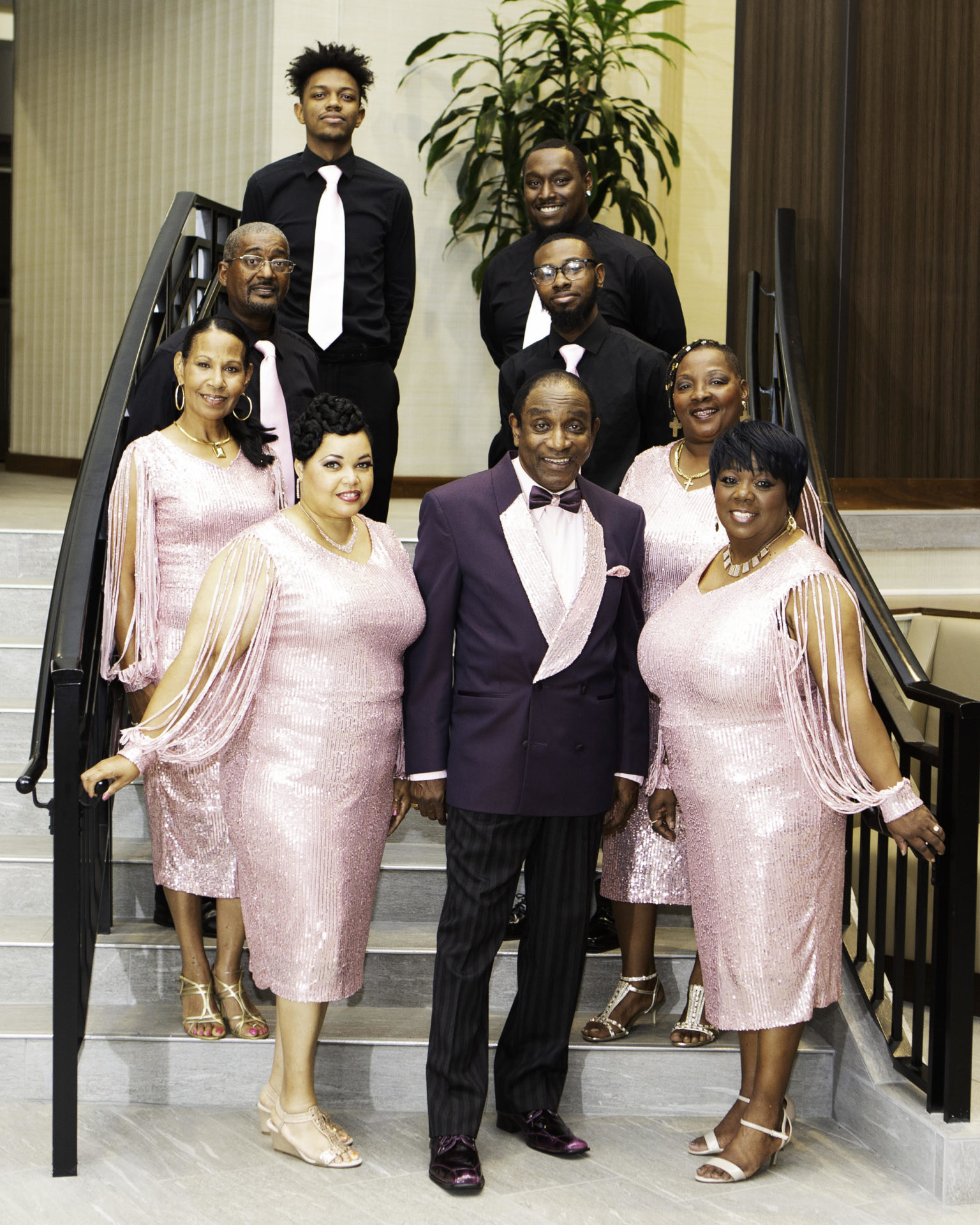 Johnny White & The Elite Band is one of the best dance show bands in the business today. The group features two powerful lead vocalists, Johnny White and Shirl, and three soulful female backup singers whose harmonies combine the smoothness of Luther Vandross with the soulfulness of Aretha Franklin. The band is known for performing high energy choreography that provokes an enthusiastic response from any audience.

Johnny White & The Elite Band specialize in wedding receptions, conventions, corporate events, and all types of reunions. The group is famous for Monstrous Motown Medleys, and are also well versed in Top 40, Carolina Beach Music, R&B, Blues, Country, and Big Band. Their repertoire ensures that everyone has a little something to enjoy.
This group has traveled the world over, performing and electrifying audiences everywhere. They have performed at such places and events as The Iditarod in Alaska, the MGM Grand Casino in Reno, Nevada, The Grand Prix in San Antonio, Texas, Opryland USA in Nashville, Tennessee, Sheraton World in Orlando, Florida, Sea World in Winterhaven, Florida, the Waldorf Astoria in New York and the Omni in Atlanta, GA.

Johnny White & The Elite Band have recorded on the Valle-dalle and the Elite record labels. Their single entitled “You” received recognition in the review section of Billboard. In 1996, the band was presented with the Lifetime Achievement Award by the Cammy Awards Committee for their thirty-three years of service in the music industry, performing and preserving the tradition of Carolina Beach Music. Experience, versatility, showmanship, and professionalism are the keys to the group’s success