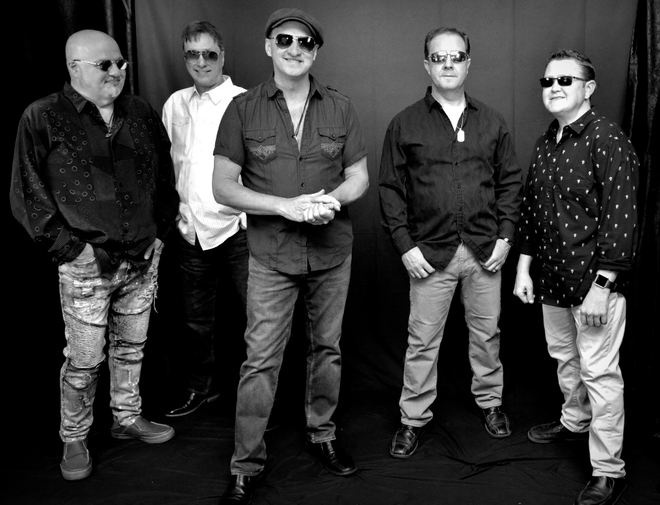 Cammy Award winning artist Jerry Thomas West, Vocalist, Guitarist for 24 years with the Band of Oz and the 80s Rock Band SugarCreek will be contributing his amazing vocals best known for his hits “Somewhere Over The RainBow” and “Build Me Up” Jerry Has Won Multiple Cammy Awards including “Vocalist of the Year” and “Instrumentalist of the Year”.

Camron Dudley, Vocals, Drums, Percussion: Camron, formally of the band Jim Quick and Coastline won the CBMA Instrumentalist Of The Year Award at the CBMA’s in 2014. Attending College in Elon N.C. He studied Jazz and was a member of the All State Band. Camron is well known for his amazing Drum Solos performed nightly. And is a First Call Session Drummer for the North Carolina Recording Scene, having recorded 100 plus songs for various artist.

Glen Tippett, Vocalist, Multi Instrumentalist has won Multiple Cammy Awards during his tenure of 16 Years with Jim Quick and Coastline including 2 Instrumentalist of the Year Awards in 2008 and 2015. He sung the lead Vocals on the Hit Song remake of “Something Like Olivia” Glen makes his home in the greater Myrtle Beach Area.

Hugh Blanton: Vocals, Bass Guitar is a Multi Cammy Award Winning artist. With many credits, it included being an original member of the Entertainers, and The Breeze Band, and the recipient of Song of the year with the Breeze Band and Instrumentalist of the Year in 2017 during his stint with Jim Quick and Coastline. His resume also includes time with Foxfire, Spare Change, Embers, David Caudle, Emily Minor and toured all over the nation with Unknown Hinson.

Tim Sidden Vocals, Keyboards, Harmonica. Tim Performed with the Band Hip Pocket for the past 4+ years. In 2018 He released the Song “Carolina Queen” which went Number “1” in the Beach Music World and Spawned the creation of its own Merchandise including Shirts, Mugs and other Items. Tim’s credits include a 14 year stint at the World Famous Carolina Opry in Myrtle Beach S.C. as well as touring with National 90’s “Hit” Makers; Rhett Akins, Daryle Singletary, John “Bo Duke” Schneider, T. Graham Brown, Tom “Luke Duke’ Wopat, Jimmy Fortune, Grayson Hughes and many others. Tim Currently Co-Owns Sand-City Productions in North Myrtle Beach S.C. His recorded work has produced Multiple National Number 1 Hits and over 40 top 40 Hits.